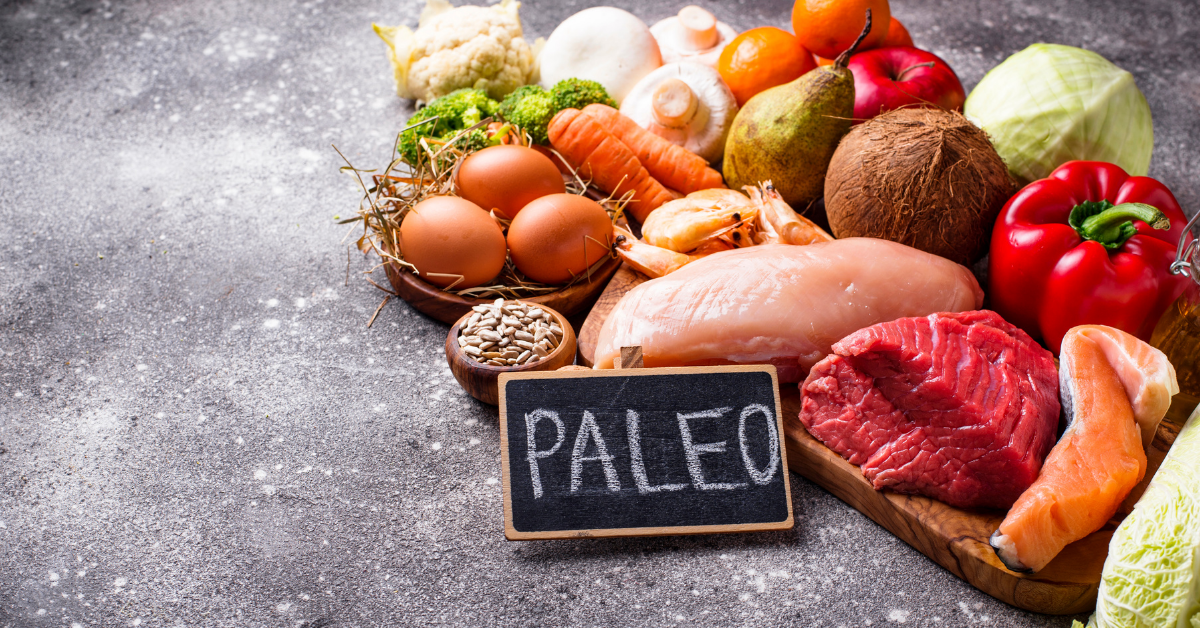 What Is a Paleo Diet?

Paleo Diet, also known as the caveman diet, is crafted based on what our early ancestors ate during the Neanderthal period. This group of people thrived on mainly whole foods, a far cry from our heavily processed spread nowadays, and kept a very active lifestyle as they hunted for their meals on a daily basis..

It was mentioned that following this diet plan and lifestyle has led our caveman ancestors to experience a much lower incidence of lifestyle chronic diseases such as diabetes, hypertension and cardiovascular illnesses. It is also cited to help individuals achieve significant weight loss and better manage their chronic illnesses. [1]

How Does Paleo Diet Work

Paleo diet consists of wider variations as compared to more restrictive diet plans such as the Keto diet program.

Limitations on the amounts of macronutrients consumed are not cast in stone, for example, individuals can commit to a low carb diet that is rich in animal protein and fats, or choose high carb plans that require the addition of lots of vegetables and high fiber fruits.

It is an adaptive form of eating pattern where as long as whole foods are adhered to, no calorie counting is required. The type of foods and fruits to be consumed will be discussed in the later portion of this article.

In tandem with the food intake regimen, just like the hunter-gatherer ancestors who were on the move most of the time, a sedentary lifestyle is something that must be avoided.

An active lifestyle of at least 150 minutes of physical activity, spread evenly throughout the entire week, is required.

Why is the Paleo diet unhealthy?

The paleo diet can be unhealthy mainly from the amount of certain foods and also the way the foods are being prepared. As mentioned, there is no restriction when it comes to the consumption of red meat, which are high in saturated fats and considered, to a certain extent, carcinogenic. As such, it will be wise to consume such food types moderately and seek those that are healthier and more nutritious.

As there is no caloric restriction, there is a chance individuals might over eat and engage in little or no exercise at all. This will not solve overweight issues, in fact, they might gain more weight just by being on this diet plan.

Another unhealthy aspect a Paleo diet plan might bring about would be deep frying of foods. There are Paleo friendly oils that can be used for deep frying such as coconut oil, lard or Ghee. As these oil seep into the deep fried foods, caloric content will be increased and so will the amount of saturated fats consumed.

What Do You Eat on the Paleo Diet?

Paleo Diet plans generally encompasses whole foods that are not processed by any artificial means.

Those that are obtained directly from farmed sources to the dinner table. Ingredient labels should not contain added preservatives, artificial colours or flavourings, stabilizers etc.

What is not allowed on the Paleo diet?

Processed foods are a big no no in the paleo diet regimen. They include :

Where Do You Get Your Paleo Diet In Singapore? 200 words

Eating out on a paleo diet program is not hard, as listed by Visit Singapore, restaurants that allow customisable menus give patrons the opportunity to scale their plate towards paleo friendly combinations.

Restaurants such as The daily cut and Super Simple serve up exactly such menus, presenting customers with build-your-bowl chits that are populated with many paleo based ingredients.

Paleo Running Momma gives a comprehensive list of paleo friendly home made recipes that can be prepared under 30 minutes! From Western to Asian inspired dishes such as healthy beef and broccoli stir fry, shrimp fried cauliflower rice, asian beef and noodles and Salmon BLT salad. These mouth watering recipes will definitely leave anyone craving for more.

Seedly has listed a very well sourced compilation of paleo friendly meal delivery services, of which some catering services actually provide meal packages that can be kept in storage.

These delivery services include eat fit meal, yummybros, nutrify meals and Fresher Singapore. Customise your dish or leave it to the experts and pick off from their standard menu list, enjoy the convenience of having delicious meals straight from the fridge and into the microwave!

Can you drink coffee on the Paleo diet?

Yes! Paleo diet allows you to drink coffee but without the sugar and dairy. Tea is also a great alternative to consider. In fact, drinking coffee has many health benefits and can be consumed daily. However, do take note of the caffeine intake as too much caffeine can lead to side effects such as tremors and insomnia.

Can I eat eggs on the Paleo diet?

Eggs are great sources of nutrients and protein. However, try not to consume too many eggs in one sitting, due to the high cholesterol content in egg yolks, it would be advisable to consume two per day for healthy individuals. If more were to be consumed daily, the advice will be to make do of the egg yolks and consume the whites instead.

Can you eat chicken on the Paleo diet?

Are potatoes allowed on the Paleo diet?

Potatoes are considered starchy vegetables which are high in carbohydrates, and not considered paleo. However, as described by healthine, unprocessed potatoes with skin can be moderately consumed in a paleo diet, as the nutrient composition of the skin makes it equivalent to that of sweet potatoes. [3]

Unless doing a low carb version of the paleo diet, unprocessed potatoes can be moderately consumed.

Next, read our article on Keto Diet in Singapore: How Do You Start.

Complexities of decision making – why do we dislike change

Understanding the Pneumococcal Vaccination, Why it is important

Probiotics in the treatment of irritable bowel syndrome